Find out how Sindyanna of Galilee uses olive oil to create hope. Discover one of the top 100 olive oil brands in the world and the unique story of Arab and Jewish women working to create social change from the ground up.

Register for the event so you can visit our virtual booth (7am-3pm EDT) and book time to meet with our team. We’re waiting to hear from you!

Summer Fancy Food show 2019 (June 23-25, 2019) – Pita bread dipped in Za’atar spice mix and olive oil is the best way to start your morning and keep up your strength throughout the day, especially when you use award-winning organic Extra Virgin Olive Oil and Traditional Za’atar spice mix like those produced by Sindyanna. Come visit us at booth #4817 at this year’s Fancy Food Show – the largest specialty food industry event in North America – which will be held June 23-25 at the Javits Center in New York. We hope to see you there!

Summer Fancy Food show 2017 (June 25-27, 2017) – We’ll be launching our new line of socially responsible Extra Hopeful Olive Oils at this NYC event. For more information, you can view the video we created or read the press release.

Summer Fancy Food show 2016 (June 26-28, 2016) – As part of our US launch, Sindyanna exhibited at the show held at the Javits Center in New York City. The booth was packed with people looking to to try our award-winning products and take home a sample of our premium fresh za’atar! The press release for the event – Sindyanna of Galilee Launches in the US Market with Award-Winning Fair Trade Food Products. 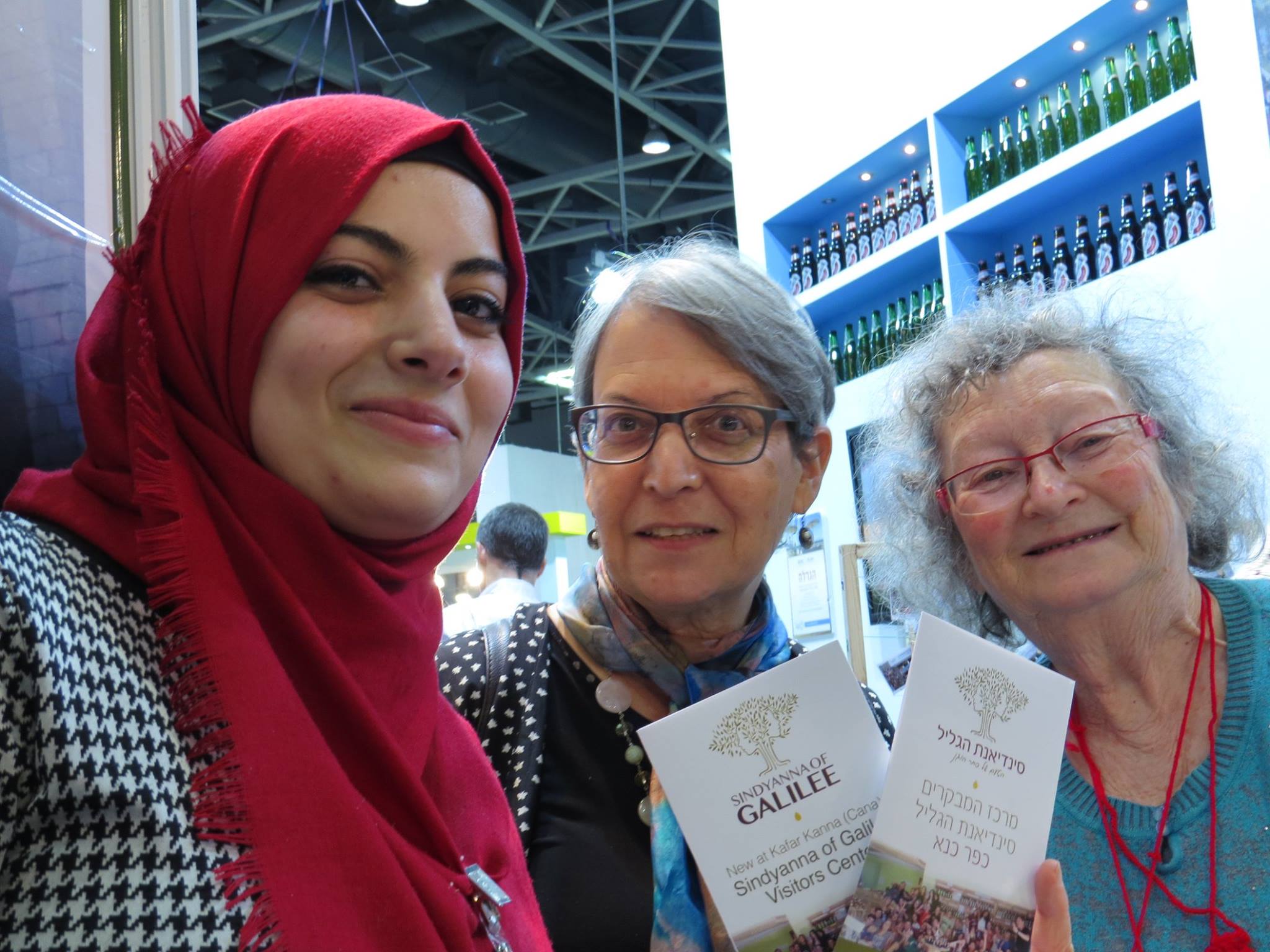 SIAL 2014 (October 19-23, 2014) – The SIAL trade show was held in Paris  and Sindyanna’s stand was part of the Israel pavilion. The Salon International de l’Agroalimentaire (SIAL) is the largest food innovation observatory in the world, and is trade show is dedicated to the agri-food industry, food retail, and institutional and commercial catering. It is the world’s major agri-food event with more than 6,000 exhibitors and 150,000 high profile visitors, including the top French and international decision-makers.

Anuga 2013 (Oct. 6-8, 2013) – Sindyanna exhibited in the Israeli pavilion at Anuga held in Cologne, Germany, the world´s leading food fair for the retail trade and the food service and catering market.

LUSH Festival 2012 (July 7-8, 2012) – Sindyanna’s delegation was hosted by LUSH team at the International LUSH festival in Poole, UK. Our baskets were successfully sold during the festival alongside weaving workshops which were enjoyed by tens of visitors from UK and other international guests of the festival. Osnat, Wahiba and Hanan say: It was wonderful, and a huge thanks to Joe and Gabbi for the amazing hospitality!